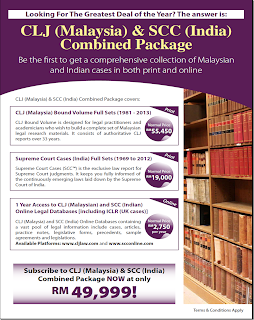 Malaysia-Press Release: Implement Recommendations Made in SUHAKAM Report of the National Inquiry into Land Rights of Indigenous Peoples

Press Release: Implement Recommendations Made in SUHAKAM Report of the National Inquiry into Land Rights of Indigenous Peoples

The SUHAKAM Report is a culmination of the historic national inquiry into the land rights of indigenous peoples of Malaysia.  SUHAKAM conducted this nationwide inquiry between December 2010 and June 2012.  It was in response to numerous complaints from the Orang Asli of Peninsular Malaysia and natives of the states of Sabah and Sarawak (collectively, "Indigenous Peoples") of widespread violation and deprivation of their customary land rights.
The SUHAKAM Report is based on consultations, hearings, independent research and lengthy submissions involving Indigenous Peoples, government departments and agencies, the private sector and non-governmental organisations.  It is a comprehensive document that contains 18 critical recommendations under six main themes, namely:

The national inquiry by SUHAKAM came about because of the numerous complaints and allegations of lack of care, abuse, and inaction by the Government and its agencies with respect to the welfare and rights of Indigenous Peoples.  SUHAKAM was tasked as an independent body to inquire into and investigate these allegations and complaints.  SUHAKAM had done so and produced its findings and recommendations.  It is thus incongruous for the Government to now seek to duplicate or re-do the work of SUHAKAM with respect to the complaints or allegations against it.  This defeats the purpose of having had an independent body to inquire and investigate the complaints.

It will be superfluousif the entire national inquiry process and the SUHAKAM Report are to be unravelled by the Task Force set up by the Government, more so at the expense of public funds and resources.
The Malaysian Bar urges the Government to accept the SUHAKAM Report and its recommendations.  The Task Force by the Government should be solely focused on examining ways to implement the recommendations in the SUHAKAM Report.
The composition of the Task Force must be balanced.  The Malaysian Bar stands ready to assist and contribute our expertise to such a Task Force in order that the interests of Indigenous Peoples and other stakeholders are dealt with in a fair and equitable manner.
The Malaysian Bar further urges the Federal and State Governments to put a hold on any proposed amendment to laws and policies affecting indigenous customary lands and resources (including the controversial proposed amendment to the Aboriginal Peoples Act 1954), pending the implementation of the recommendations contained in the SUHAKAM Report.  In this regard, the Malaysian Bar also urges a moratorium on the alienation or acquisition of lands occupied by Indigenous Peoples, to prevent further loss of these lands.
The Malaysian Bar hopes that SUHAKAM's recommendations would be the platform for the formulation of a blueprint for the proposed reforms of indigenous land and resource rights laws and policies.  The exploitation of the customary lands of the Indigenous Peoples should not be allowed to persist and fester any longer. Hotel Properties in Korea for Sale

If you can't read this message, please click here.