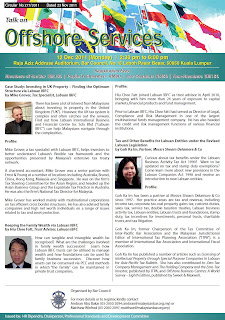 Malaysia-Press Release: Peaceful Assembly Bill is more restrictive than present law and must be improved

Press Release: Peaceful Assembly Bill is more restrictive than present law and must be improved


While the Malaysian Bar welcomes the Peaceful Assembly Bill ("Bill"), which recognises the freedom of assembly as guaranteed by Article 10(1)(b) of the Federal Constitution[fn1], the Bar is surprised that a "street protest"[fn2]  is prohibited, as it is a form of assembly in motion, or procession, that is already legally recognised in section 27 of the Police Act 1967.  Such an assembly in motion is also permitted in most, if not all, of the jurisdictions that we would consider as having a model piece of legislation.[fn3]   Furthermore, there have been several peaceful "street protests" in Malaysia.[fn4]

This prohibition as well as certain other provisions were not disclosed to us as being part of the contents of the Bill, during the consultation process between the Malaysian Bar and the Attorney General's Chambers.

In its present form, the Bill is more restrictive than present law, and must be improved.  The Malaysian Bar proposes that the provisions of the Bill be amended, including:

(1) Allow "street protests", which the Bill recognises – in the definition of an "assembly" – as including a moving assembly.  The prohibition of a "street protest" is inconsistent with section 10(e)(viii) of the Bill itself (regarding the notification process), which refers to an assembly in procession;

(2) Permit spontaneous assemblies, following the United Kingdom example, where no advance notice is required where it is not reasonably practicable to give such notice (such as protests against declarations of war);

(4) Omit certain conditions that the police may impose under section 15(2), namely "the conduct of participants during the assembly" and "any inherent environmental factor, cultural or religious sensitivity and historical significance of the place of assembly".  The objectives of these restrictions have already been catered to in existing law such as the Penal Code, and the First Schedule of the Bill, but in a less restrictive form;

(5) Delete the presumption in section 19 regarding who is deemed to be an organiser, because it is an overreaching provision and goes too far;

(6) Omit paragraph (c) of section 21(1), which empowers the police to arrest "any person at the assembly [who] does any act or makes any statement which has a tendency to promote feelings of ill-will, discontent or hostility amongst the public at large or does anything which will disturb public tranquility"; and

(7) Remove the prohibition on the participation of, and organisation by, children, as it is restrictive and contrary to our international obligations under the Convention of the Rights of the Child ("CRC"), which Malaysia acceded to in 1995.  On 6 June 2010, Malaysia withdrew its reservations to Articles 1, 13 and 15 of the CRC, thus allowing children "the freedom to have their say, and the right to form associations and assemble peacefully".

On the same day, Dato' Sri Shahrizat Abdul Jalil had said that the government would give children the freedom to have their say and the right to form associations and to assemble peacefully.  She added that the move was in line with the recognition given to children's rights, as they would be the nation's future leaders.  In Finland, a person who is without full legal capacity but who has attained 15 years of age may arrange a public meeting, unless it is evident that he/she will not be capable of fulfilling the requirements that the law imposes on the arranger of a meeting, while other persons without full legal capacity may arrange public meetings together with persons with full legal capacity.

This Bill, like section 27 of the Police Act, vests wide powers in the police, who are empowered to impose restrictions and conditions, and to disperse assemblies and arrest participants.  The police's past consistent and atrocious conduct in suppressing assemblies shows that it is crucial that the police change their mindset and abandon the culture of impunity in managing freedom of assembly.  In other jurisdictions, the power to impose restrictions and conditions vests in the local authority or a procession commission.

Finally, the Minister of Home Affairs is empowered by the Bill to make regulations for the better carrying out of the provisions of the Act.  It is important that these regulations facilitate freedom of assembly, instead of further restricting it.

Only when the improvements outlined above are implemented, would we begin to have a legislation in the public interest, which truly upholds, protects and promotes freedom of assembly.

[fn1] Article 10(1)(b) provides that all citizens have the right to assemble peaceably and without arms, subject only to such restrictions as Parliament may impose by law as it deems necessary or expedient in the interest of security of the country or public order.
[fn2] Defined in section 3 of the Bill as "an open air assembly which begins with a meeting at a specified place and consists of walking in a mass march or rally for the purpose of objecting to or advancing a particular cause or causes".
[fn3] Examples include the United Kingdom, Finland and Queensland.
[fn4] For instance, the Bar's Walk for Justice in 2007, to demand a Royal Commission of Inquiry and the BERSIH 2.0 rally in July 2011.  Most recently, a number of peaceful protests against the amendments to the Employment Act 1955 were held nationwide on 3 Nov 2011.  It was reported in the media that "[s]everal police officers were seen directing traffic and assisting protesters" at one such protest, in Petaling Jaya, Selangor.