Malaysian-Press Release: Time to deliver again | Domestic laws and procedures must stand up to international scrutiny

Press Release: Time to deliver again | Domestic laws and procedures must stand up to international scrutiny


Time to deliver again:
Domestic laws and procedures must stand up to international scrutiny

One of the consequences of living in a globalised world is that we can no longer hope to be left alone to develop our own domestic laws and procedures in isolation, totally removed from what is happening in the international arena.

The most recent example of this is the failure of the Malaysia-Australia arrangement in relation to the transfer of 800 asylum seekers from Australia to Malaysia in exchange for the resettlement of 4,000 refugees from Malaysia.  Not only did the arrangement succumb to a legal challenge in the High Court of Australia, but the attempt by the Gillard government to amend Australian law to get around the court ruling failed to obtain the requisite political support before being tabled in the Australian Parliament, and was thus withdrawn.

The Malaysian government has now announced another swap arrangement, this time of immigration detainees between Malaysia and Myanmar.  Initial information from the mainstream media is that Malaysia will send back to Myanmar approximately 1,000 Myanmar citizens currently languishing in our immigration detention centres.  In exchange, the Myanmar government will repatriate an undisclosed number of Malaysians who are being detained in Myanmar.

The Malaysian Bar cautiously, and with qualification, welcomes this arrangement.  We are aware of the squalid and over-crowded conditions in our immigration detention centres.  They pose a direct and immediate risk to the health and safety of detainees.  Any release from such appalling conditions would be good news to any detainee.  However, care needs to be taken to ensure that those returned to Myanmar will not in turn be subjected to retributive or punitive action by their own government.  No mention has been made of any monitoring mechanism and whether any determination has been made by Office of the United Nations High Commissioner for Refugees as to whether any of the detainees to be returned is a genuine asylum seeker.

While Malaysia's recent announcement that it will ratify the two Optional Protocols to the Convention on the Rights of the Child is also to be welcomed, it remains a fact that Malaysia and Myanmar are both laggards in respect of openness and transparency of governmental action and of ratification of international human rights conventions.  As a result, this immigration detainee swap arrangement will not be subject to the same level of scrutiny, as was the case with the ill-fated Malaysia-Australia deal.  But it would be wrong for the governments of both Malaysia and Myanmar to assume that this arrangement will therefore slip away unnoticed by the international community.  It is important that such an arrangement must still live up to the highest humanitarian standards.

The Myanmar government has been at pains to disclose a progressively liberalising face as it seeks to build support for its chairmanship of the Association of South East Asian Nations ("ASEAN") grouping in 2014.  It has announced the setting up of a human rights commission, the release of political prisoners and a freer press.  Malaysia too has embarked on a similar push towards greater democracy in the run-up to the next general elections, widely expected next year.  It is important for the ambitions of both governments to show that the implementation of this swap arrangement will stand up to international scrutiny.

This immigration detainee swap must also be located within the context of the need for a wider and more comprehensive regional mechanism that will allow for freedom of movement of nationals from one ASEAN member country to work in other member countries in order to address the differing labour demands in this region.  This is especially challenging in respect of the Malaysia-Myanmar relationship, where we face the issue of mixed migration of both documented and undocumented foreign workers as well as refugees.  Such flows of people, from Myanmar and elsewhere, must be managed in a humane, respectful and protective way, whether in transit or at the destination.  As it currently stands, Malaysia is already being accused of ill-treatment of Indonesian and Cambodian domestic workers, leading to a freeze in domestic workers from those countries to Malaysia.
It will also be crucial for the integrity of both governments, and of ASEAN itself, that these promises of reform are reflected in actual and meaningful law and policy changes that conform to international standards.  If ASEAN, including Malaysia and Myanmar, wishes to be taken seriously in the international community, then there must be more than just platitudinous assurances that domestic laws and procedures will adhere to universal norms.  Much has been promised – now is the time to deliver. 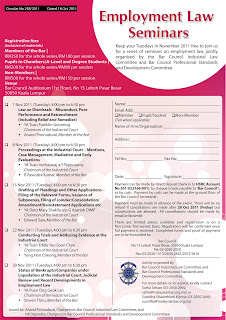 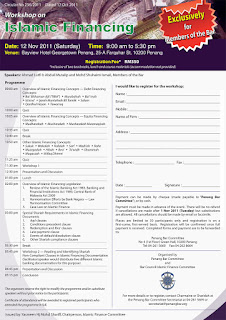