Dear Members of the Bar and pupils in chambers
Coffee Talk on Personal Data Protection Act 2010: Change of Venue

We apologise for any inconvenience caused by this change of venue.  Please find attached Circular No 174/2010 for your attention.  Registration is open until 19 July 2010 (Monday).
For inquiries or to register, kindly dial 03-2031 3003 and speak to Adi Irman (ext 105) or Mazni Ibrahim (ext 101), or email mazni@malaysianbar.org.my.
Thank you.
Wong Jin Nee
Chairperson
Intellectual Property Committee
at July 16, 2010

Recognise greater freedom of the people through wider freedom of information
The Malaysian Bar applauds the much-awaited move by the Selangor State Government to table the Freedom of Information (State of Selangor) Enactment 2010 Bill before the Dewan Negeri Selangor on 14 July 2010.
This ground-breaking piece of draft legislation seeks to "enhance disclosure of information for the public interest, to provide to every individual an opportunity to access to information made by every department of the State Government", to quote from the preamble to the Bill.
The Bill promotes greater transparency and more accountability by the authorities of their expenditure of taxpayers' money and execution of public projects.  By this, both the public and the media will be more aware of the activities of the State Government and will be able to keep a watchful eye.  The kind of public scrutiny that such a Bill would permit is unprecedented in Malaysian history.
It will also empower the public by giving them hitherto unparalleled rights of access to information held by the State Government and its departments.  Indeed a freedom of information officer is to be appointed in each State Government department in order to assist the public to have access to the information to which they are rightly entitled.
The introduction of the Freedom of Information (State of Selangor) Enactment 2010 Bill is the third of three recent developments in the area of freedom of information.  The first was the passage of the Data Protection Act 2010 by the Malaysian Parliament, which also gives rights of access to the public to information.  However, a significant failing of this Act is that this right of access has not been extended vis-à-vis the Federal and state governments.
The second was the 28 June 2010 Kuala Lumpur High Court (Appellate and Special Powers) ruling by YA Judicial Commissioner (JC) Hadhariah Syed Ismail that the water concession agreement between Syarikat Bekalan Air Sdn Bhd (Syabas) and the Federal and Selangor State Governments could be disclosed to the Malaysian Trades Union Congress and 13 other co-applicants.  This ruling extended to an audit report said to have been presented to the Cabinet.  YA JC Hadhariah opined that the information was of public interest and therefore needed to be disclosed so that the public could be informed on the workings of government as well as promote discussion of public affairs.  She further stated that it was nonsensical to treat any information as automatically secret, in relation to Section 2A of the Official Secrets Act 1972.  In this light, the move by the Federal Government to obtain a stay and to appeal the decision is deeply regrettable.  It reflects the failure of the Federal Government to recognise the primary right of the rakyat to information.
YA JC Hadhariah added that since water is essential to life, an agreement that affected the supply of water impliedly affected the right to life.  This decision to give greater meaning to the constitutionally-guaranteed right to life and to link it with the right to information is greatly welcomed.
While we welcome the move by the Selangor State Government, the Bill can be criticised for being weak in some of its proposals.  An earlier, and more determined, legislative proposal was apparently rejected.  Indeed the Bill defines "information" to exclude a document which has been classified under the Official Secrets Act 1972, which highlights the issue YA JC Hadhariah referred to in her decision in the Syabas case.  The Bill includes many considerations that are still protective of the State Government's right to effective formulation or development of policy away from public scrutiny, or to safeguard any disclosure that is prejudicial to the administration or security of the State Government.  We therefore welcome the year-long public consultative process that the State Government will embark upon, including the establishment of a Select Committee comprising cross-party representatives from amongst members of the Dewan Negeri Selangor, which will enable feedback to be gathered on the Bill.  We trust that the pro-openness provisions will eventually make their way back into the Bill in place of the pro-State Government protective features.
We encourage the Federal Government as well as other state governments to follow the Selangor State Government's exemplary lead in legislating towards widening access by the public to officially-held information.  Such openness can only be for the greater public good.  By allowing the light of day to shine on the workings of government and those in authority, we can begin to banish the darkness under the cover of which foul and corrupt deeds have been perpetrated in the past.
Lim Chee Wee
Vice-President
Malaysian Bar
15 July 2010
at July 16, 2010 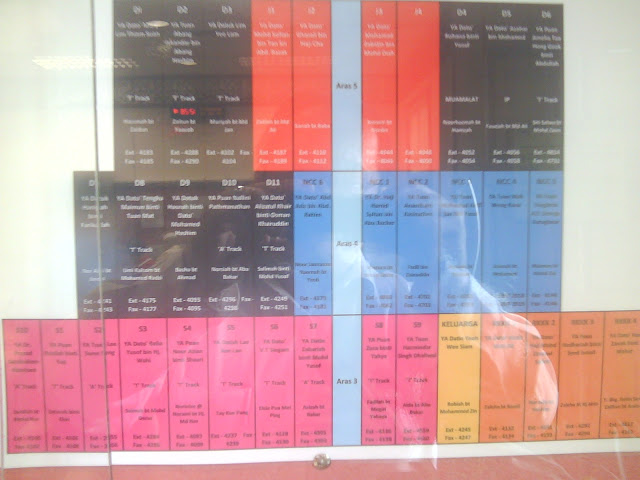 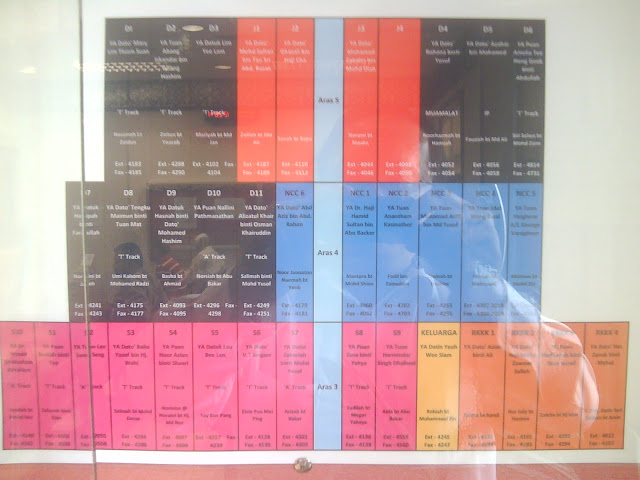 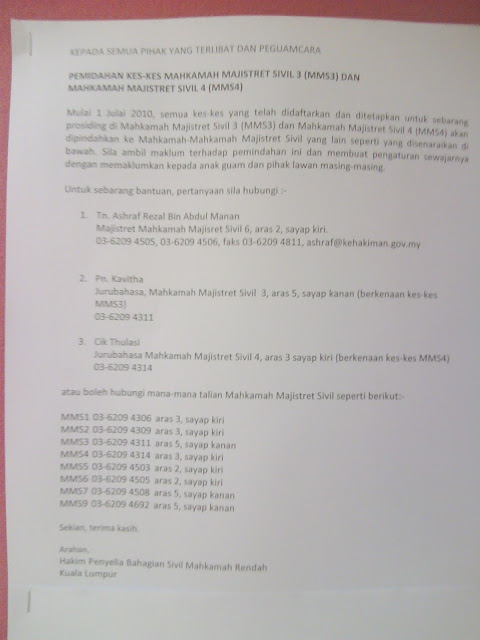 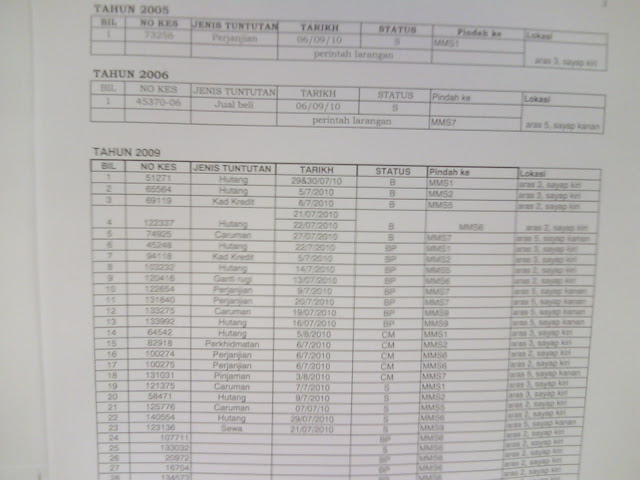