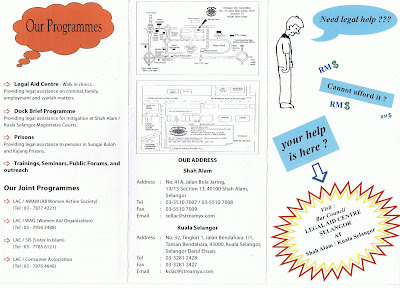 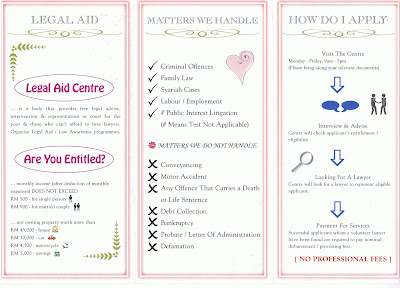 UUCA is unconstitutional, as it negates the freedoms of expression, assembly and association.  It is anachronistic and has no place in any democratic society.  Furthermore, the prohibition against legal representation for the students is unacceptable, in light of the potential penalties and the repercussions facing the students.  By comparison, lecturers are permitted to be represented by legal counsel.

The four undergraduates – Muhammad Hilman bin Idham, Muhammad Ismail bin Aminuddin, Azlin Shafina Mohamad Adzha and Woon King Chai – have been asked to appear before the University's disciplinary board to answer charges that they "expressed support or sympathies" for a political party during the recent Hulu Selangor by-election in an alleged violation of section 15(5)(a) of UUCA.

The Malaysian Bar views section 15(5)(a) of UUCA as being inconsistent with Article 10 of the Federal Constitution in that it renders the rights of students to express themselves, to assemble peacefully, and to form associations, ineffective and illusory.  It is neither a reasonable restriction permitted under Article 10(2) nor a law proportionate to the democratic needs of Malaysia.

To bar Malaysian students from taking an active role in politics during the course of their tertiary education is repressive, unjust and illogical.  The continued existence of the many stifling UUCA provisions UUCA denies university students the opportunity to fully participate in the nation's democratic process, thereby serving to hinder valuable social discourse as well as the students' intellectual and spiritual growth.

The Malaysian Bar calls for the formation of a credible Parliamentary Select Committee to conduct a comprehensive and meaningful review of UUCA with a view towards bringing it in line with current developments and repealing the many provisions that curtail the democratic freedom of students.

Pending such a review, the Malaysian Bar calls on UKM to drop the proposed charges against the four undergraduate students.
Ragunath Kesavan
President
Malaysian Bar
2 June 2010